Home » Why Are Cats Afraid Of Cucumbers?

Why Are Cats Afraid Of Cucumbers?

Who knew that the harmless little cucumber could get so much publicity. I’m sure you have seen the videos on the internet of cats being absolutely terrified of cucumbers. You may be thinking to yourself, why are cats afraid of cucumbers in the first place? I did some deep diving and discovered the real meaning behind it.

Here are a few videos that highlight the viral trend that is sweeping the internet. A cucumber is strategically placed near your furry friend while they are eating or doing something else distracting. When they turn back around they are started by what’s behind them!

Thanks to the internet, we have been able to document and observe what happens when your poor little cat turns around to see this green fruit laying behind them. Also, no that wasn’t a typo!

This definition will also mean that beans, peppers, pumpkins, peas, and tomatoes are also fruits. I’ll leave that debate up to you.

This all dates back to their ancestors out in the wild. Cats are very observant creatures and like to be aware of everything that crosses their path.

One thing that cats hate is when something sneaks up behind them. If they turn around and see something behind them that wasn’t there before their first instinct is going to be to jump or run away.

I like to compare this to a human. When I am doing something, my mind is usually focused on that one task. I tend to ignore the things around me because it isn’t relevant to the current thing happening in front of me.

If someone comes up behind me or makes a sudden noise, I usually jump because i’m not expecting it to happen. The same is happening in these videos to the cats. They are so distracted and focused on eating that they don’t realize something is being placed behind them.

How Come Cucumbers Scare Them So Much?

Let’s take it back to their ancestors again. Cats are able to know when another animal is going to hurt them. They have been hardwired to avoid these animals at all costs. Mice and other small rodents are usually prey, while larger animals need to be avoided by all means.

I know that our furry friend Watson, loves playing with his toy mouse because he knows it won’t hurt him. When he bring home a large box or something similar he is very curious but likes to keep his distance. He will explore the whole thing before getting close. He knows that the box is gigantic and much larger than him. Also, he doesn’t know if the box is going to hurt him. It pretty much turns into a guessing game.

Cucumbers are the same way. A cat turns around and spots the cucumber and instantly goes into analyze mode. He can tell that the object is bigger than a mouse but isn’t sure what it could do to them.

Cucumbers Remind Them Of Snakes

So here is the answer to why are cats afraid of cucumbers.

Cats are hardwired to avoid snakes at all costs. The long, thin, green cucumber at first glance looks like a little snake. If you turned around and saw the same thing, you would probably jump back too!

Con Slobodchikoff is an animal behaviorist who has done a lot of research with cats and other animals. He had this to say about cucumbers, snakes, and cats.

“If a cat sees something slithering over the ground, the cat often will jump a couple of feet up in the air, a behavior that prevents getting bitten by a snake”

So the reaction you are seeing on the videos mimics what Con is saying in his statement. A cat’s first instinct when they see the cucumber is to jump as high as they can into the air to avoid being bitten by it.

There are also some other theories floating around but I think this one is the most realistic. It makes the most sense.

Reasons Why You Shouldn’t Do This

You may think that scaring your cat like this is pretty comical. Unfortunately, it is not recommended to do this at all. There are so many underlying things that can happen if you expose your cat to this kind of abuse.

Seeing your cat jump up in the air like that means you’re triggering their “startle response”. This happens when a cat wants to get away from a situation as soon as possible…hence the sudden leap in the air.

Besides being scared, there are some other things that could happen during this response.

Your Cat Can End Up Getting Injured

Scaring your cat with a cucumber can actually end up injuring your cat. When they jump up in the air unexpectedly they could land awkwardly and break a bone or injure a muscle. It is hard to predict what could happen when you scare your furry friend.

They could also jump up in the air and bump into something or fall off a ledge. Let’s say your cat likes to jump on the counter to eat his meal. You put the cucumber behind them and when they turn around they jump really high in the air. They jump so high that they miss the counter when they come back down. This could do some serious damage to your cats limbs.

In a bid to get away from the perceived ‘green threat’, a cat may break something, hurt others in the vicinity or even injure itself.

Your Cat May Be Stressed To Eat In That Spot

If your cat doesn’t injure themselves on the jump, there could be some more underlying issues to deal with. Seeing the cucumber snake behind them after eating is actually pretty stressful for the furry guy.

A prolonged stress may develop and it can interfere with your cats eating routine. Every time your cat eats they are going to associate it with this horrible experience. They may be so scared to go to their food bowl that they could stop eating all together. Then you will have a much larger issue on your hands.

Cats can’t talk to us so there is no way for us to let them know this was all a joke. They are just going to get flashbacks of the snake every time they go to eat. Don’t go trying to prank your cat with cucumber-shaped objects just yet. Scaring cats can have long-term effects on their mental health.

Pretty Much Don’t Do It

Well now you know why cats are so afraid of cucumbers. Turning around after eating and seeing the cucumber behind them reminds them of a snake predator. It may appear to be a funny prank but there are so many psychological factors that come into play. Plus, you could end up injuring your cat when they jump into the air.

I would recommend going a different route for your cat pranks. 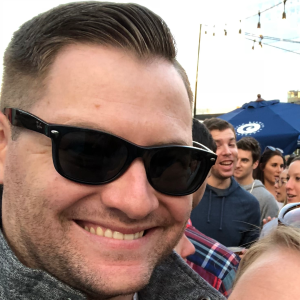 My name is Shawn and I am one of the "Cat Freaks" behind this website. I love all kinds of cats and I hope this site will become your go to cat blog. Feel free to reach out to me with questions or cat pictures!
All Posts »
PrevPreviousWhat Is The Best Cat Litter For Odor Control?
NextHow To Tell If You’re Allergic To CatsNext

As an Amazon Associate I earn from qualifying purchases

Made with ❤ by Elementor